The Pontifical Maronite College has had in its glorious history a very important library both from an ecclesiastical and cultural standpoint.

Pope Gregory XIII, has sought to enrich the library with a large number of printed books and rare manuscripts.

Since the beginning of the sixteenth century. aspiring priests, were sent by their patriarch to study and form themselves in the capital of Catholicism, bringing with them liturgical spiritual and historical manuscripts, and other treasures hidden during the dark period of the Ottoman Empire.

Most of these manuscripts were written by hermits and monks who lived in the Sacred Valley (Valley of Kadisha) and thanks to which they began to form the nucleus of the Library of the Pontifical Maronite College.

Students also novices, have contributed directly to the current size of the library also with personal publications, leaving a copy of the books or articles for the library.

In 1700 the library held a collection of about four million manuscripts, besides the publications of the great Maronite scholars such as Youhanna Mahlouf, Douehi Hakalni, Joseph Simon Assemani, considered the fathers of the literature of the ‘Christian East. After nearly 250 years since the founding of the Maronite College, one can find a unique library in Rome for its specificity, wealth of manuscripts and works from the tradition of the Maronite Church / Antioch.

Those who know the story of the Pontifical Maronite College, knows that his library was one of the greatest and most precious, not only in Rome but throughout the Catholic West, especially in regards tothe Syriac manuscripts, Aramaic, Hebrew . The first book printed in Arabic was the old Bible and the New Testament in 1621, edited and translated by the Pontifical College. 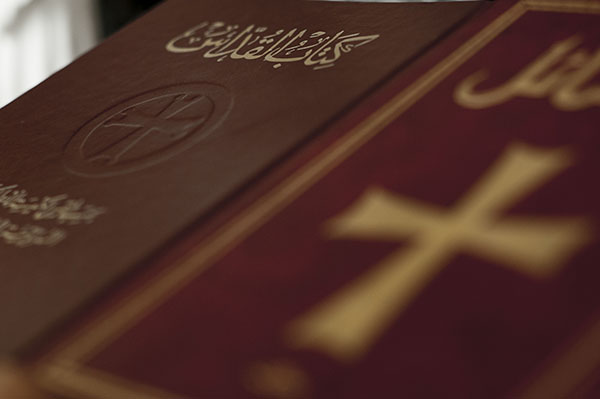 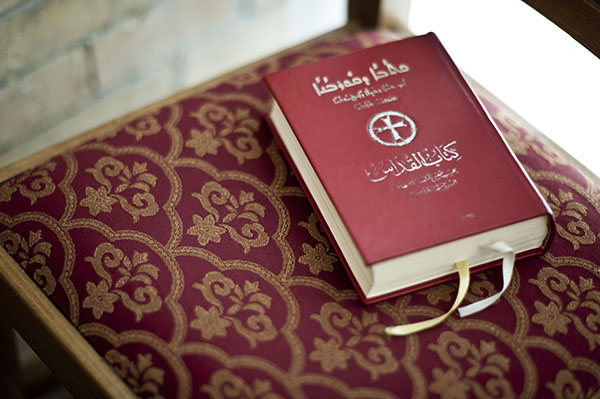 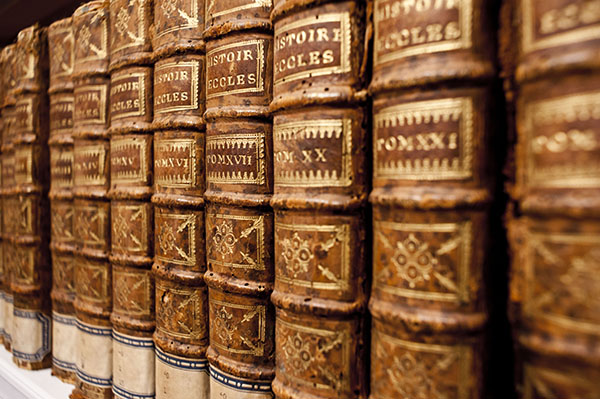 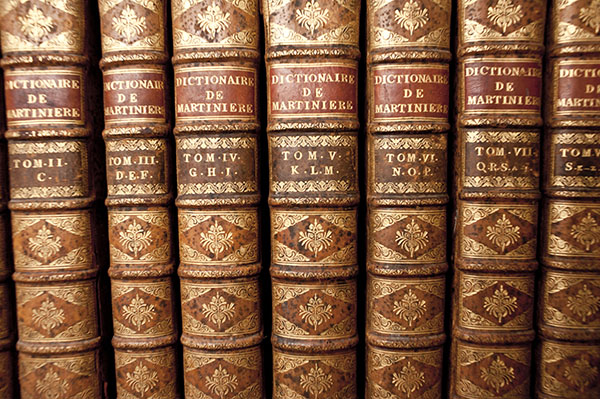 But where did all these manuscripts end up?

When the Pontifical Maronite College was confiscated by Napoleon’s soldiers in 1798 and after the auction sale in 1882 of all the goods of the College ( Napoleon seized about 500 Oriental manuscripts) where placed then at the National Library in Paris. Among these, only a few such as Vat Syr. 215 were later returned to the Vatican City.

Even the commission appointed by N. Bonaparte to sell the College, helped prevent other works from being lost forever.

Students of the College tried to save as many ofthe manuscripts and works as possible by hiding the most important pieces of the library of the Propaganda Fide, and other institutions such as the College of the Vincentians in Montecitorio, the Roman College of the Jesuits, the Convent of the Lebanese Maronite monks (now Mariamite) in St. Peter in Chains.

Subsequently, with the restoration of the Pontifical Maronite College in 1891, during the pontificate of Pope Leo XIII, the patriarch Youhanna El Hage instructed the Rector Chorepiscop Gabriel Moubarak, through the Prefect of Propaganda Fide, to return the collection that represented the majority of the original textures to the library of the Maronite College.

Cardinal Ledechowskie, then prefect of Propaganda Fide, wrote a letter to Patriarch Yohanna EL Hagge 11 December 1894 in which he explained the difficulties to return all of the the assets of the Library of the Pontifical Maronite College, arguing that they had become an integral part of the holdings from their library. But he promised to do everything possible to return the majority of the books in the Maronite college with the permission of the Pope. In addition to books now assimilated in the Funds of the library Propaganda Fide, he expected a pecunary compensation or the purchase of works for the rehabilitation of the Library of the Pontifical Maronite College.

April 24, 1895 the Patriarch responds to Cardinal thanking the Prefect, who agreed to the proposal of his Vicar Mgr. Elia El Hoyek to return the College’s library all of the books delivered to them years before. The agreement is established by Propaganda Fide a donation of 930 books to the Maronite College, that in accepting the new acquisitions waiver of books and valuable manuscripts have, now part of their library. He also asked the Cardinal to present to the new Maronite College, a copy of all books printed since 1850 in the printing of the Propaganda Fide, or at least a part of the most remarkable editions.

Unfortunately, until 1902 the precious manuscripts and rare works of the former Maronite College had not been returned to the new Board, but were transferred to the Vatican Library and now enrich big part of the “ Borgiano fund”.

From 1895 until 1939, when the College was closed due to the Second World War, all the books of the original collection, which were in the college under the direction of the Jesuits, unfortunately, were also taken from these latter to Pontifical Oriental Institute.

So, all the treasures of the old school, initially taken away to keep them from the French and subtracted afterwards by the Jesuits at the closure of the college for the second time, dismembered historical collections such unique works of Assemani, El Douahi, rituals, missals, rare books, the written and produced pupils Maronites, that would help build a detailed, precise, development of the Maronite Church in Rome. And in all these years no one has ever asked or had the courage to ask the Jesuits to return the rich booty taken, having among other things as an end is also a list of the works awarded in 1895 by the Propaganda Fide.

The question that remains, and if anyone of the Maronite prelates will have the courage to ask the Pontifical Oriental Institute to return to the Pontifical Maronite College as did Elijah El Hoyek and Patriarch Hagge Propaganda Fide?

This website uses cookies to improve your experience while you navigate through the website. Out of these, the cookies that are categorized as necessary are stored on your browser as they are essential for the working of basic functionalities of the website. We also use third-party cookies that help us analyze and understand how you use this website. These cookies will be stored in your browser only with your consent. You also have the option to opt-out of these cookies. But opting out of some of these cookies may affect your browsing experience.
Necessary Always Enabled
Necessary cookies are absolutely essential for the website to function properly. This category only includes cookies that ensures basic functionalities and security features of the website. These cookies do not store any personal information.
Non-necessary
Any cookies that may not be particularly necessary for the website to function and is used specifically to collect user personal data via analytics, ads, other embedded contents are termed as non-necessary cookies. It is mandatory to procure user consent prior to running these cookies on your website.
SAVE & ACCEPT